Covenants not to compete, or noncompete agreements, between employers and employees prohibit an employee from competing with the employer after the employment relationship ends. Noncompete agreements are common in some industries or professions, particularly those that rely heavily on proprietary information or ongoing relationships with clients or customers.

Noncompete agreements are are part of a larger category of contracts, those that restrain the freedom of trade in one way or another. For covenants not to compete, the restraint is the restriction of a person’s right to make a living. If the restrictions are too severe, they can run afoul of public policy or federal or state antitrust statutes, in which case they are unenforceable.

If they are to be enforceable, noncompete agreements must be tailored to protect some legitimate business interest of the employer, such as protecting the employer’s confidential information or relationships with its existing customers. They must have reasonable limitations on the types of activities that are restricted, the geographical area in which the restriction applies, and the duration of the restriction. 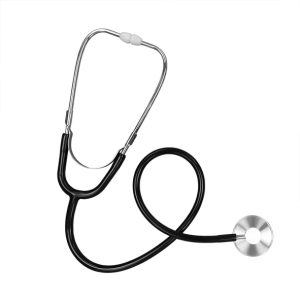 Noncompete agreements that apply to physicians are among those that are most frequently litigated, but Indiana courts have generally enforced them.

In Raymundo v. Hammond Clinic Ass’n, 449 N.E.2d 276 (Ind. 1983), a physician argued that covenants not to compete among medical doctors are “inimical to the public interest” and should be unenforceable as a matter of public policy. The Indiana Supreme disagreed, holding that the physician had not demonstrated why a medical doctor’s non-compete agreement should be treated any differently from those applying to other professions and, if it is reasonable, it is enforceable.

In 2008, the Supreme Court revisited the question in Central Indiana Podiatry, P.C. v. Krueger, 882 N.E.2d 723 (Ind. 2008). The Court acknowledged that there are public policy considerations relevant to physician covenants not to compete, noting that, at that time, they were banned in three states (Colorado, Delaware, and Massachusetts). Even so, the Court again held that physician non-compete agreements are not categorically unenforceable as against Indiana public policy.  The Court noted,

Raymundo has been on the books for over twenty years, and our legislature has not seen fit to address the subject. Any decision to ban physician noncompetition agreements altogether should be left to the legislature.

In 2020, the General Assembly enacted Ind. Code § 25-22.5-5.5-2, which requires physician noncompete agreements to afford the physician with certain specific rights, including the right to buy out of the agreement at a reasonable price, but it does not ban them altogether.

The 2023 General Assembly might do exactly what the Supreme Court suggested in Krueger. Senate Bill 7, introduced by Senator Justin Busch, would add a new statute at Ind. Code § 25-22.5-5.5-2.5 providing:

(a) This section does not apply to a physician noncompete agreement originally entered into before July 1, 2023.

(b) Notwithstanding any other law, a physician and an employer may not enter into a noncompete agreement.

Although very broad, SB 7 would not ban all physician covenants not to compete, only those between a physician and an employer. In particular, it does not appear to prohibit a reasonable noncompete agreement of a physician who sells her practice to another.

Similarly, at least on its face, it does not appear to apply to a physician who works in some capacity other than an employee, such as an independent contractor. Even so, there are many definitions of “employee,” and one can be an employee for one purpose but not another. For example, the partners in a partnership and the members of a limited liability company taxed as a partnership are not treated as employees for income tax purposes. It is unclear whether they would be treated as “employees” for the purpose of noncompete agreements.

If you need advice regarding noncompete agreements in any field, please feel free to contact us at 317-964-6000 or submit an inquiry through this website.