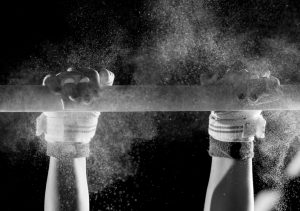 According to a report written by Katie Strang of The Athletic, the security of confidential information held by the U.S. Center for Safe Sport, Inc. (SafeSport or the Center) may have been compromised by computer hackers. SafeSport is responsible for investigating allegations of sexual misconduct in the amateur sports organizations that are under the umbrella of the U.S. Olympic and Paralympic Committee (USOPC). The information that may have been compromised includes the identity of and statements from persons who reported the allegations, alleged victims, persons accused of misconduct, and other witnesses, as well as police reports and other information. According to the Center’s website on November 27, 2020, SafeSport has received 6,497 reports and found violations and imposed sanctions in 847 cases, including the banning of 297 individuals from participating in any fashion in any organization under the USOPC’s umbrella.

Strang reports that, on September 22, 2020, SafeSport employees in the Center’s office of Response and Resolutions were unable to access their data files. That office is responsible for conducting the investigations of reports of sexual misconduct received by the Center. Shortly after that, the Center’s chief operating and financial officer informed its employees of the possible breach.  A letter to employees said that SafeSport was working with its legal counsel and a computer security team to assess the degree of potential unauthorized access. In response to an inquiry by The Athletic, the Center confirmed a breach but claimed that the security of the information was not compromised by the “generalized data security incident.”

The Center’s spokesperson Dan Hill issued the following statement to The Athletic: